Your ship marooned on a strange, flat planet. The crew sent out in search of vital resources. Lethal dangers found at every turn. Can anyone…

Having joined the Red Suits, you and others dressed in potentially fatal fashion have formed Away Teams and are already beaming down to the Flat Planet. As Events are revealed that combine to create a mission timeline, it is now up to each of you to take Actions in the hope that you will be the one to land a Red Suit on the final Event. Do this and earn yourself a promotion out of the Red Suits and into a colour that's not only flattering... but also comes with a much higher life expectancy.

Or, you could be the only Red Suit left alive, as the planet is fraught with potentially deadly Attacks. You don't want to be going home in carbonite, do you? Then you'd better keep a Teleport close at hand.

A card game for those of us who know better than to step onto an alien planet while dressed in red. And especially for those who don't.

Congratulations on becoming a Red Suit - it's a job for life! 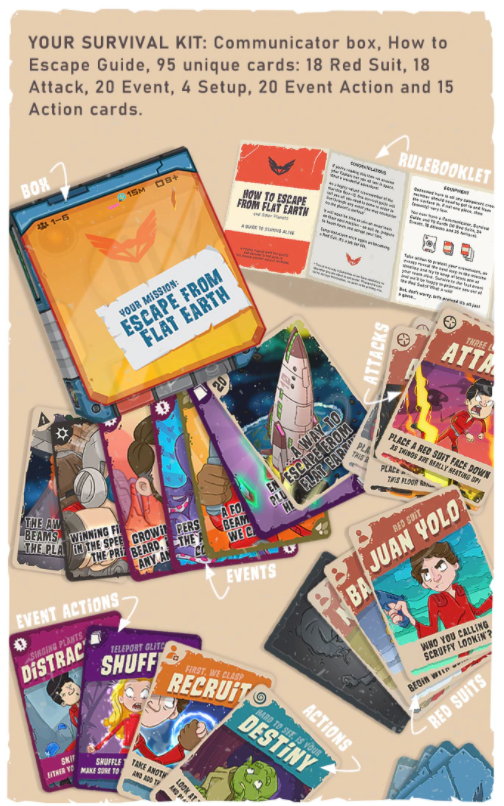